Tortoises with Triangle and Time

Once a place of peace and solitude in one of London's wealthier districts, Holland Park is in the midst of an identity crisis. TripAdvisor had confidently assured me that my destination, Kyoto Garden, offered a place of calm and a 'tiny pocket of Japan' in West London.

'Well, I suppose the secret got out.' I mused to myself as I paced slowly up some narrow steps, weaving my way through throngs of teenagers and families whose toes were just waiting to be trodden on.

Reaching the top and, for a brief moment, admiring the tranquility which oozes from Japanese design, I turn my attention to the inescapable eyesore to the garden - a veritable infestation. These pests were not your typical rodents, but iPhone wielding homo sapiens who scuttled blindly around their digital landscapes, oblivious to the beauty of the reality surrounding them. Their one mission: to catch 'em all.

The fountains trickled delicately and koi fish swam serenely in the pond, disregarded for their failure to evolve into Magicarp. Admittedly, I provided the biggest juxtaposition of all when I opted to wheel my Santander Bike into the park, believing that my 15 minute stay would be swift and subtle. Mowing down every Pokemon Go player that crossed my path, my obtrusion may have caused more offence than the invasion of Digletts and Drowzees. Catching the eye of a park ranger as I lifted the bike in Simba 'circle of life' style over a fence, I felt that I'd been trapped in a poke-ball of my own making and escorted myself out of the park. Even the peacocks were judging me.

Wheeling speedily towards the Holland Park underground, the statue of a tortoise caught my eye. A Blastoise it was not, and I sought out a bike dock in order to investigate this reptilian figure a little further.

The reptile in question was part of a larger sculpture, in a small quiet square park which sits adjacent to Abbotsbury Road on Holland Park's western edge. Sculpted by Wendy Taylor in 2000 to mark the millenium, this creation is constituted of two tortoises, with one resting a sundial needle gently on its back. The centerpiece brings a real sense of curiosity to this subtle spot, presenting a riddle and a playground for visitors of any age.

I found myself sitting for a while on a wooden bench admiring my serendipitous discovery, and trying to read the sundial. I'd caught a rare moment and for that, I didn't need a pokéball. 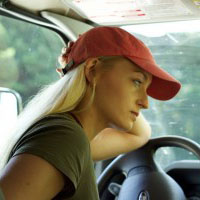 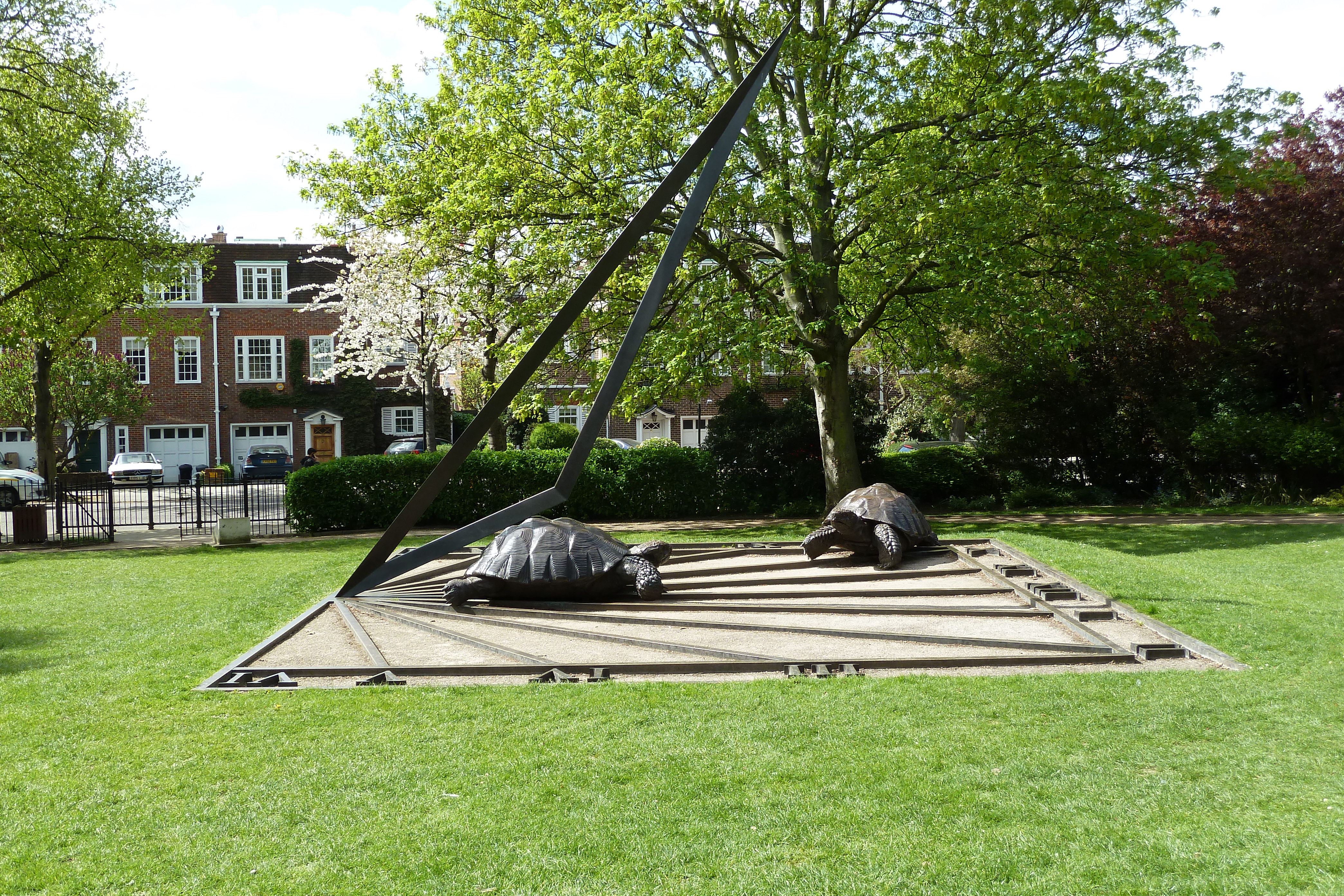