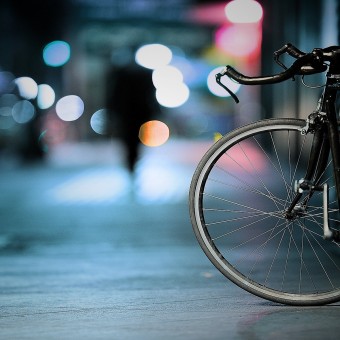 The London Bicycle Tour Company was founded by Robert Graham in 1991, and launched London's first ever bike tour. Many competitors have since come and gone, but we have remained London's premier bike tour operator, and to this day can proudly lay claim to London’s largest fleet of privately owned bikes, with a mixture of male and female hybrids, city bikes, kid's bikes, tandems, mountain bikes and folding bicycles.

We have six carefully crafted tour routes covering the most interesting and vibrant parts of London, and offer guided tours in eight different languages, 364 days per year. Since our inception 25 years ago, more than 100 000 happy customers have enjoyed London from behind the handlebars of a bike with us on tour. We are officially licensed by Royal Parks.

In 1999 we started the London Bicycle Repair Shop, which services the bikes of local commuters, and is a highly regarded business with a large customer base. Throughout all of this we have remained 100% independent.

We are also a company that pride ourselves on adhering to and upholding a firm set of principles that guide our business and conduct as tour operators and as residents of London. Located on the Southbank at the pulsating heart of London’s tour economy, we are the first and oldest bicycle tour company established in London. Committed to being green, we also do our bit to support charities such as Sustrans, as well as campaigns such as ‘Win 4 Youth’ and events like the Scouts’ Jamboree. Throughout it all, we have strived to maintain a standard of customer service and care that has seen us awarded with a TripAdvisor Certificate of Excellence in 2016, and we have been voted the number one activity to do in England by the German Tourism Board. All of our tours and practices are environmentally sustainable.

We believe in our staff, too, and is why we pay all our staff the London Living Wage. In addition to being dedicated to providing impeccable customer service, all of our office staff and tour guides are trained to prioritise the safety of our guests above all else, and, even after 25 years of navigating the bustling roads of central London with tens of thousands of individuals possessing varying levels of cycling capability, we have maintained a spotless safety record.

We aim to reflect the diversity and multiculturalism integral to London, and offer tours in eight different languages, departing daily. We employ people from all different backgrounds, nationalities, gender, and orientation, and speak four different languages in store to provide the most enjoyable and comfortable experience for every one of our guests.

View all of London Bicycle's photographs 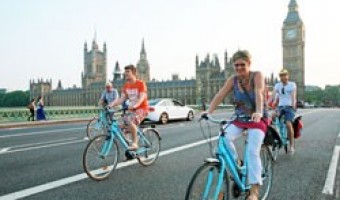