Although the Queen’s birthday is April 21, the British choose to celebrate it on a Saturday in June. For those you you familiar with the British weather it is generally better in June according to national officials. In a 200 year old ceremony British regular troops parade past the Royal guests and the public, carrying (“trooping”) the flags (“colours”) of the battalion and passing them hand-to-hand down the ranks of soldiers. The Queen is always greeted by a Royal salute, and then she inspects the troops - officially to ensure that the soldiers are standing at attention (but she is known to like talking to her troops). Queen Elizabeth II has attended the ceremony every year of her reign except 1955 - when there was a national rail strike.

The proceedings commence when the procession moves from Buckingham Palace down the Mall and back starting at 10 a.m., and a flyover by the Royal Air Force takes place at 1 p.m. To get a good view of this 18th century tradition visitors should try and get there early anywhere between St. James’s Park and or the Mall between Trafalgar Square and Buckingham Palace. 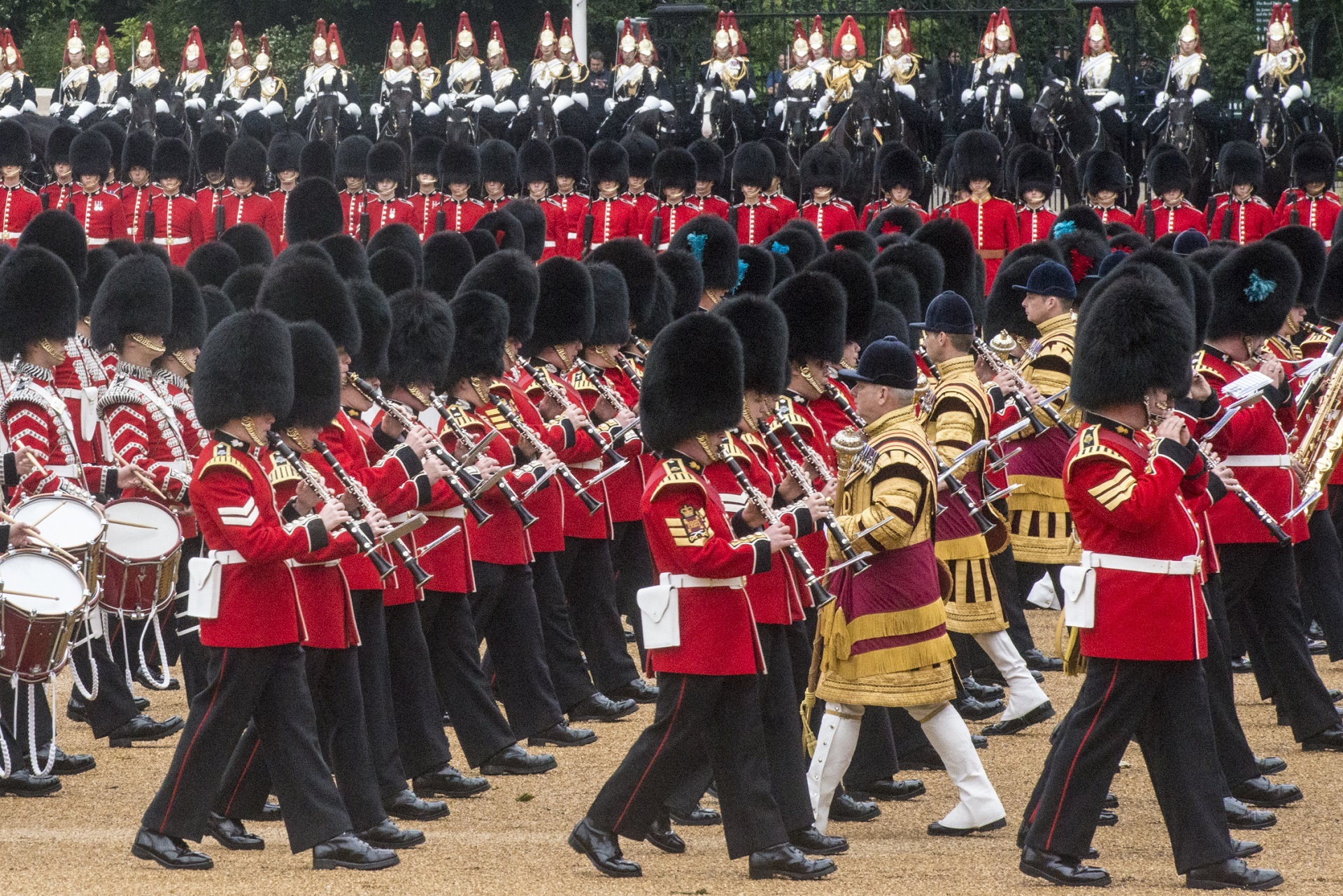 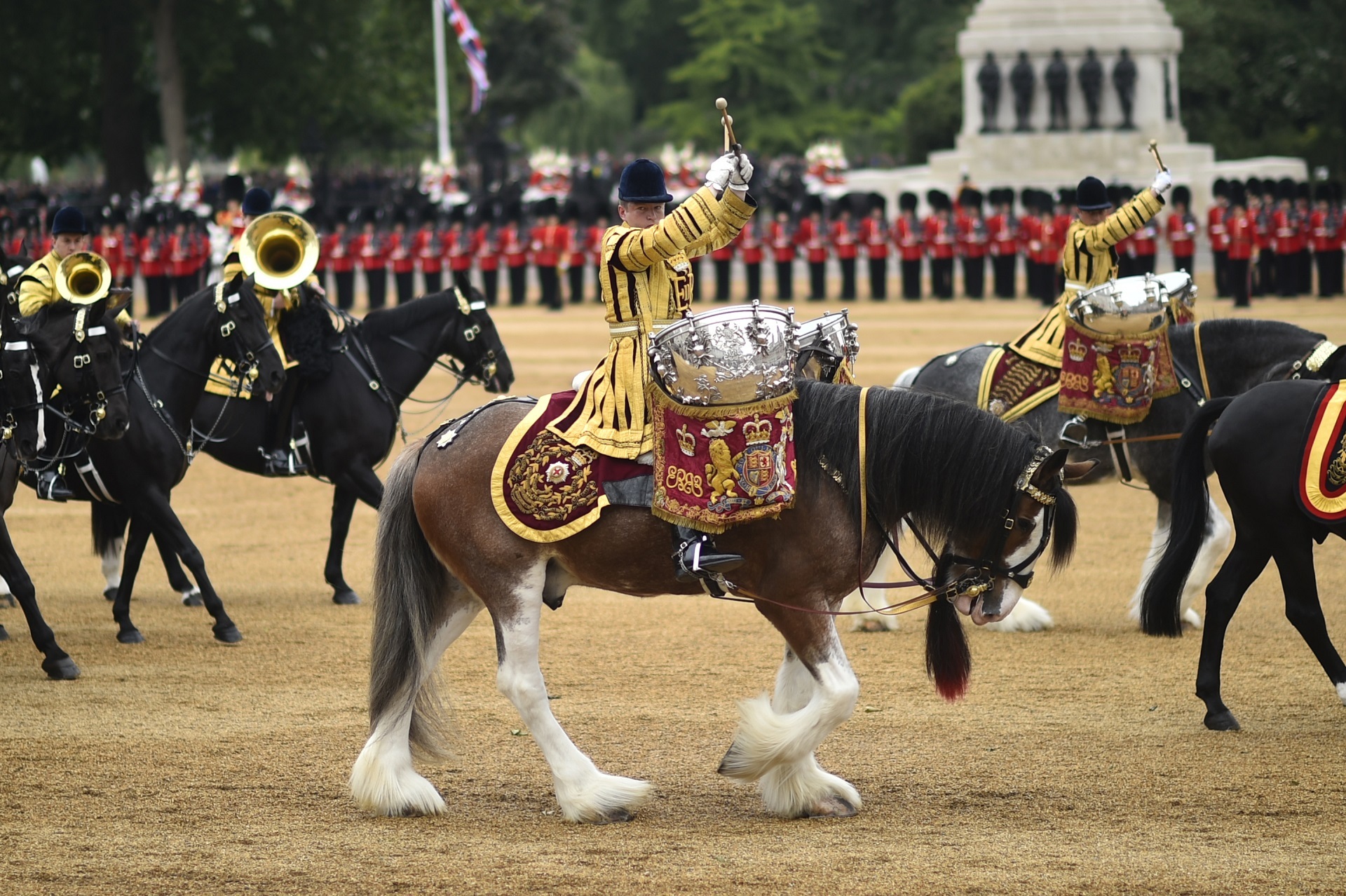 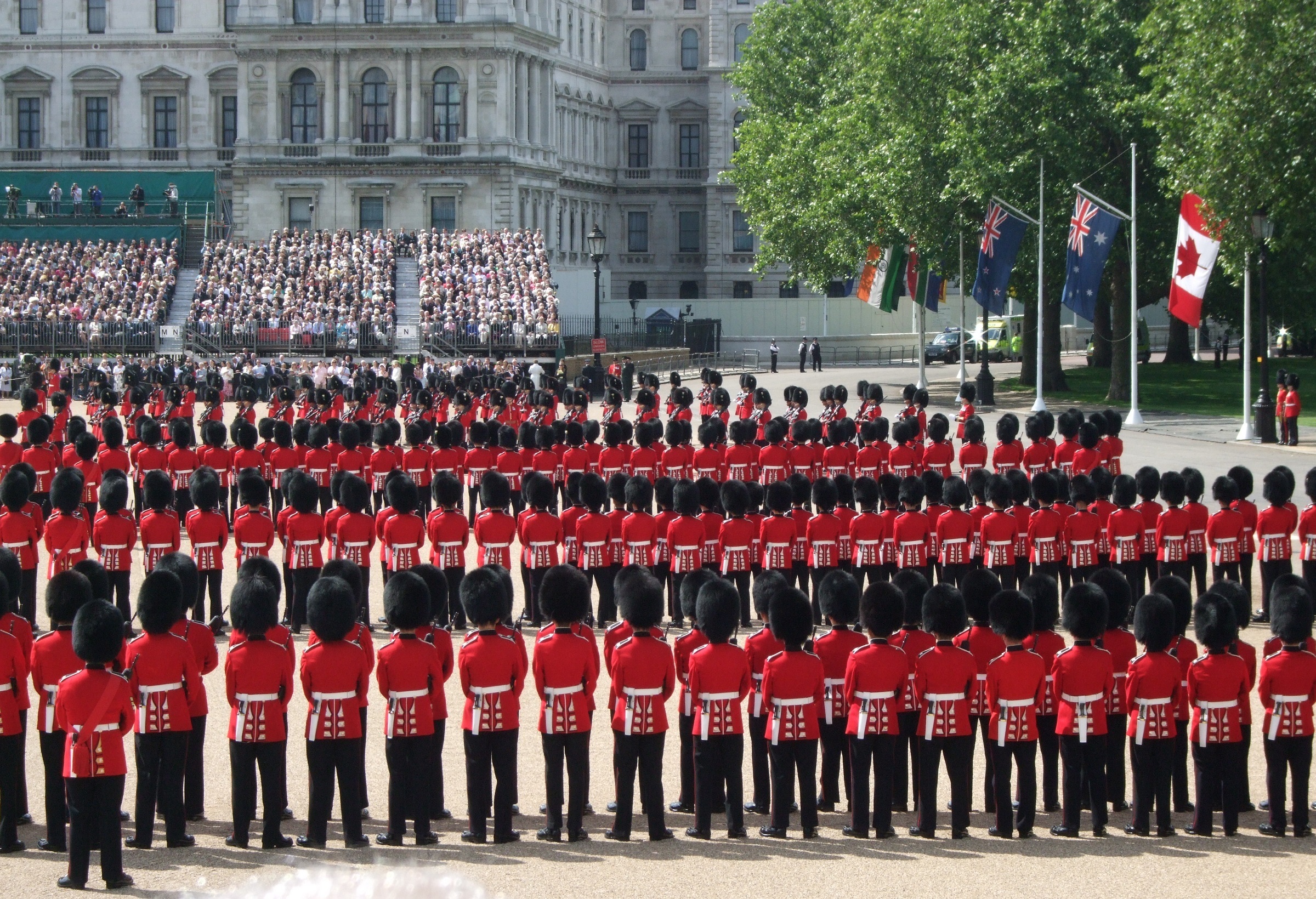 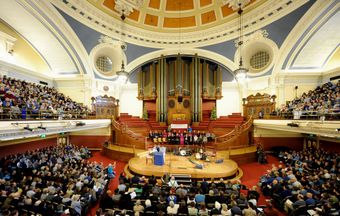 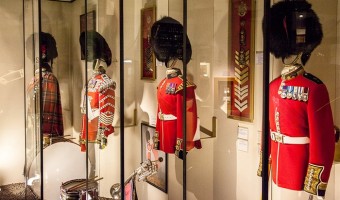 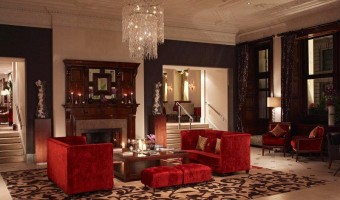