Where fact and fiction meet

“I wander thro’ each chartered street, Near where the charter’d Thames does flow, And mark in every face I meet, Marks of weakness, marks of woe” 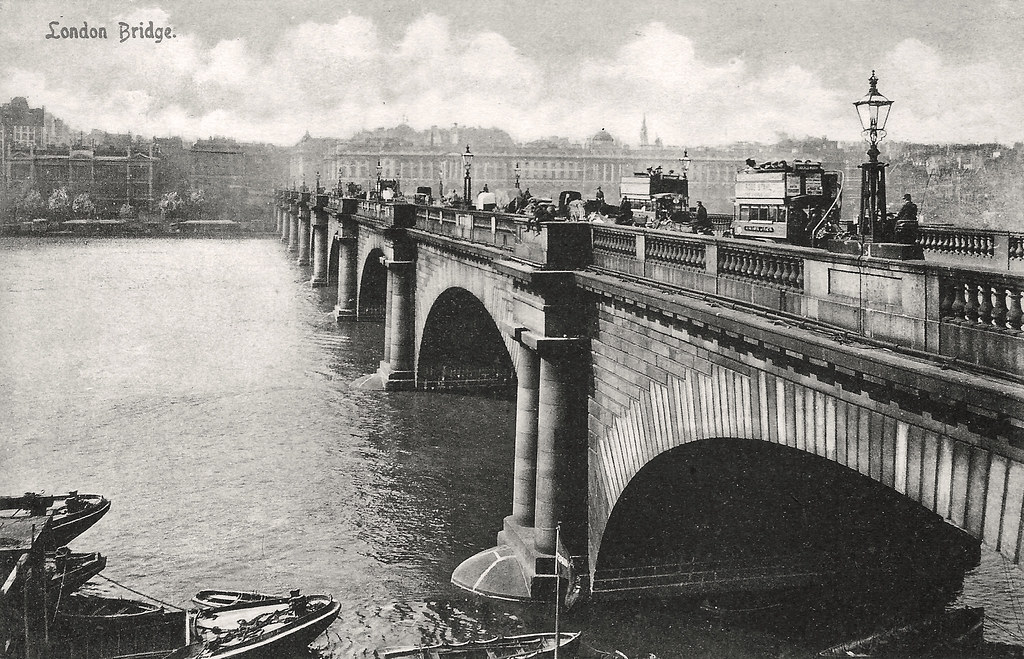 Whether you are a history lover or not, London is a city that is steeped in historical fact and not a little fiction (as any lover of Charles Dickens will remind you. There is possibly not a single stretch of the capital where this is the case more than the area boundaries by the bridges of Waterloo and Tower. Visitors need only to stroll the Embankment Gardens on the way to Water Bridge to get a whiff of what awaits them on the few miles of walk that will take over the most famous of London Six bridges across the Thames. The statues, edifices and monuments of the Gardens each have a tale to tell but there is far more to see along the route if you know just what to look out for. The story of contemporary and ancient London is all along the route which will take a good three hours of walking. Visitors are advised to use a little imagination as, unlike ancient Rome, much of the city’s past has down been built on and replaced. It might be necessary to try and imagine how London was a few centuries ago to really to the best out of the walk. Even Embankment Gardens is where the River Thames once flowed before Victorian engineers reclaimed it with diggings from the newly constructed District line tube.

Waterloo Bridge: The Original Bridge was built in 1817 and was a thing a great beauty with nine arches and Doric columns on the piers. It was described by Italian sculptor Antonio Canova as ‘the noblest bridge in the world’. Both Constable and Monet painted as did artists from all over the world. Alas, the structure did not prove strong enough and it was replaced by the modern construction of elegant, self-cleaning Portland stone in 1945. One of the few bridges not to have fallen victim to the Luftwaffe, it is also known as ‘Ladies Bridge’ in honour of the women who helped to construct while their men were away fighting in the Second World War. It is worth looking down at the river banks at low tide. Once when the capital was still a thriving port city unloading goods from around the world the same shoreline might have witnessed London’s mudlarks eking out a living. These pathetic creatures, nearly always young children and borne into extreme poverty collected goods such as coal, old rope, nails and cloth that had fallen from the ships. Walk on toward the arts centre, encompassing the Royal Festival, Queen Elizabeth Hall and the Purcell Rooms all built to commemorate the Festival of Britain designed to bring London out of its cultural doldrums after the strictures of post-war Britain. Turn left and visitors can take in the Southbank in all its glory - some of the old piers are still in existence where the lighters once used to dock and unload goods from all over the world into the newly warehouses. 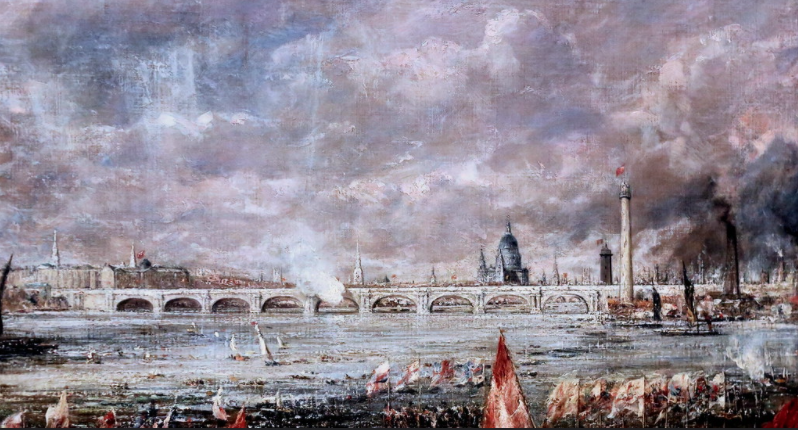 Blackfriars Bridge: When it opened in 1769 it was named William Pitt Bridge after the Prime Minister. It was never a popular name and was always referred to as Blackfriars Bridge. The present structure was built in 1869 with piers designed to resemble pulpits after the monastic origins of the area dating back to the 13th century. The original Blackfriars were Dominican monks who established an order on the Southbank. After Henry Vlll’s Dissolution, the monastery was closed and the buildings were bought by actor James Burbage and his son Richard who converted them into London’s first theatre, the Blackfriars Playhouse. William Shakespeare was a shareholder and doubtless appeared here himself. On the other side of the bridge visitors can find the site of Bayanrds Castle, now the site of a pub. It was demolished in 1213 by King John (Lackland) after he was jilted by the owner's daughter. Legend has it that the monarch took a shine to Matilda Fitzwater (known as ‘the Fair’) but she would not consent to become his mistress and in a fit of pique had her carted off to the Tower of London. Her father lead for his life and she died in prison - poisoned with powder sprinkled on her poached egg. Turn right when you see the Blackfriar Pub and head toward the Millenium Bridge ( the newest of them all)

The Millenium Bridge: At the far end visitors will see the towers of the Tate Gallery which were part of a coal-fired power station that once provided electricity for London. When you are halfway over the Thames turn around to see the St.Paul’s cathedral in perfect alignment to the Bridge. In 1569 the first state lottery was drawn at the west door of the cathedral. By the 14th century, many items at the markets close to the cathedral were sold by the “St. Paul’s foot’ is a measurement based on the length of the foot of St. Algar, carved at the base of one of the columns near the cathedral entrance. This soon became a standard measurement and was the origin of ‘one foot’ (12 inches).

As you approach the Tate gallery, look to the left side of the river to the red door in a little row of cottages. This was where Christopher Wren took lodgings when he was building the replacement for the original cathedral burned down in 1666. On the left and on the other bank (the St. Pauls side ) is moored the HMS President, the world’s only surviving Q-ship. These vessels were built by the Royal Navy in the First World War to look like merchant ships to lure German U boats to the surface. The Q-ship would then throw back its covers to reveal its guns and attack the submarine before it could dive. The walk along the Southbank will take visitors past the ‘new’ Globe theatre a faithful replica of Shakespeares original and onto the stairs to the next bridge 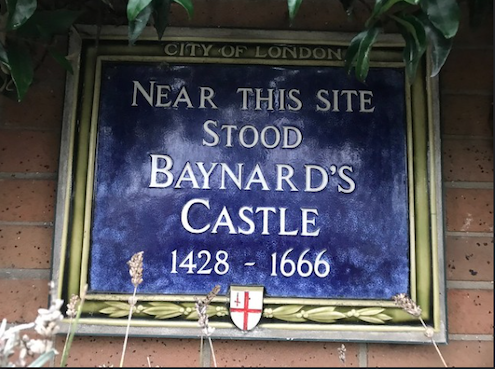 London Bridge: If ever a bridge was full of history it is this one. It has had a long and central role in London’s history from the time of the early Saxons. One of its more macabre purposes was as a site for the display of traitors heads impaled on spikes as a warning to others. For the crime of high treason, the miscreant was decapitated and his or her head was displayed in public view. Unfortunate participants include William Wallace (1305), Sir Thomas More (1535) and Thomas Cromwell (1540). London Bride has been variously pulled down (by Vikings), burnt down (in the great fire of London) or sold to an American business (in the 20th century). The east side of the bridge is the end of the old road to Kent where stagecoaches once carried their passenger in and out of London. Visitors with plenty of time on their hands could do worse than explore the numerous historical land mark along the first part of this road which has many tales to tell.

In 1578 a four-storey wooden building was erected on the bridge. Nonsuch House stood over the edifices seventh and eighth arches on the Southwark side completely straddling the bridge. It was the worlds first prefabricated building and was designed and manufactured in Holland. No nails were used in its construction but wooden pegs which held it all together. The building was covered in ornately carved decorations and at each corner were onion-shaped domes making it visible from all over the city. A sundial on the south side bore the legend ‘Time and Tide stay for no man” which ultimately proved prophetic when the bridge and all the wooden houses were consumed in the Great Fire of London. Visitors should make their way down some stone stairs to the riverside to continue on to Tower Bridge.

Tower Bridge: At the end of your Six Bridges walk you will find this iconic blue draw-bridge. In bygone days when the River Thames provided traffic for hundreds of large ships, the bridge was raised regularly. Large ocean-going vessels would wait in downstream London Pool and wait for their turn to come upriver when traffic on either side of the bridge would be halted. Today there is much more pedestrian traffic than river-borne cargo and the bridge sees plenty of visitors going in and out of the historic City of London. Their first port of call is often the Tower of London where history lovers can indulge themselves with stories from more than a thousand years ago. In medieval times ‘the Tower’ was the site of one of the largest zoos in the world at the time and was home to all manner of exotic creatures. During the reign of Henry Vlll, the resident polar bear was let loose in the River Thames to feed on the local wildlife. That is something I would have paid to see! 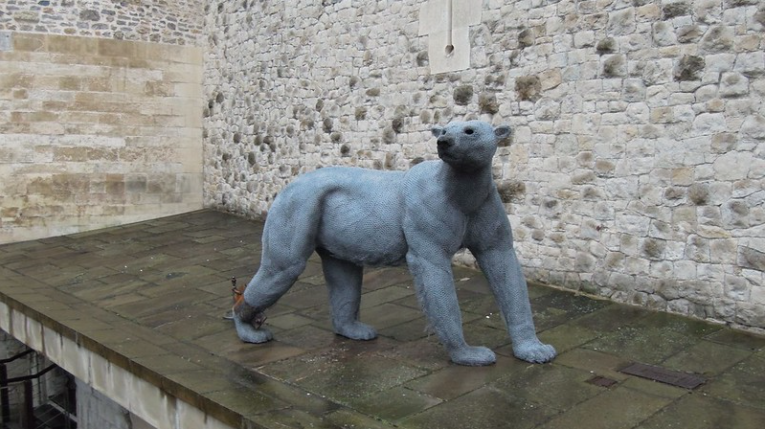 Tower Hill Zoo statue
There are no discussions 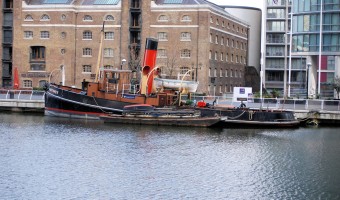