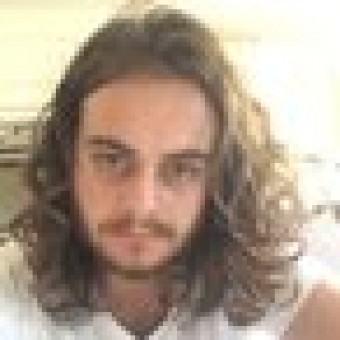 And the places where you can still share them

London is a diverse tapestry of musical history. Propelling artists such as The Sex Pistols, The Rolling Stones, The Who, David Bowie and Skepta into superstardom, the streets of London have witnessed countless musicians etch their names upon posterity. London is a city in which visitors can experience moments in music history that have been impressed upon London’s cultural consciousness.

In the ’30s and ‘40s, British musicians began playing jazz music. From the late ‘40s, British jazz, highly influenced by American bebop but possessing a unique identity, emerged with figures such as John Dankworth and Ronnie Scott defining the genre. Ronnie Scott’s Jazz Bar is one of the oldest jazz bars in the world and has hosted some of the most iconic names in the genre. To this day, the bar is still open, containing a collection of memorabilia. Another venue, The Nightjar, inspired by America’s prohibition style speakeasies, hosts live music throughout the week and is worth visiting for any jazz connoisseurs.

(The arrangements were) Extremely difficult, they are equally admirable for their richness of invention, force of accent, and daring in novelty and the unexpected

The musical genre most synonymous with London throughout the 50s and 60s was rock music. Since the inception of the genre, London has produced some of the most infamous rock bands in the world.

Mod culture influenced style, music and fashion in the late 1950s and early 1960s, leaving a lasting legacy on the cultural zeitgeist. Synonymous with mod culture, The Who founded their destructive brand of rock and roll on the emerging culture. The Goldhawk Club-the birthplace of The Who’s Mod beginnings-, 1 Curzon Square- the flat where Keith Moon died-, Ramport Studios and The Ealing Blues are within proximity of each other and offer an intimate glimpse into the history of The Who.

The Rolling Stones epitomised the sex, drugs and rock and roll culture of the 1960s. Famed for their notoriety in addition to their music, The Rolling Stones shaped the 1960s. Unsurprisingly, The Rolling Stones left their mark on London. On January 14th 1963, The Flamingo Club witnessed Mick, Keith, Brian, Bill, Charlie, and Stu perform together for the first time. Although the Flamingo Club is now an O’Neill’s pub, the pub pays homage to its past. Studio 51, located in Soho, was the location in which The Beatles donated a track titled I Wanna Be Your Man to The Rolling Stones, consequently bestowing upon the London rockers their first top twenty single. The Sticky Fingers restaurant is owned by Stones’ bassist Bill Wyman and contains an astonishing array of original posters, guitars, and iconic memorabilia.

Although American born, London shaped the short lived career of Jimi Hendrix. 23 Brook Street, Soho, once the home of Hendrix, was opened as a museum dedicated to the life of Hendrix last year. Coincidentally, 24 Brook Street was the former home of German composer, George Frideric Handel. 23 Heddon Street, Soho, appears on the iconic cover of David Bowie’s experimental album The Rise and Fall of Ziggy Stardust and the Spiders From Mars. Shot five months before the release of the album by Brian Ward, a blue plaque marks the spot. Fans have since turned the area into a makeshift shrine filled with mementoes after Bowie’s recent passing.

Punk has a fruitful history in London. During the 1970s, Punk started as an expression of youthful disillusionment as much as a repudiation of the frequently vapid rock music that preceded it. Fuelled by a do it yourself mentality, bands such as The Sex Pistols, The Ramones and The Clash built their reputation in London. Although many of the original spaces in which punk exploded have been demolished, there are pockets of London that illustrate punk has left a legacy in London outside of the Perspex boxes that fill museums.

Today, punk’s legacy lives on through venues such as the Electric Ballroom and Underworld in Camden (both venues have hosted some of the most infamous bands in punk history) and Oxford Street’s 100 Club. The 4th July 1976 Ramones concert at the Roundhouse is an oft cited significant moment in punk history. The venue is still open today, hosting gigs throughout the course of the year. The ramp outside Proud Camden, meanwhile, is where the brooding cover for The Clash's eponymous debut album was shot. 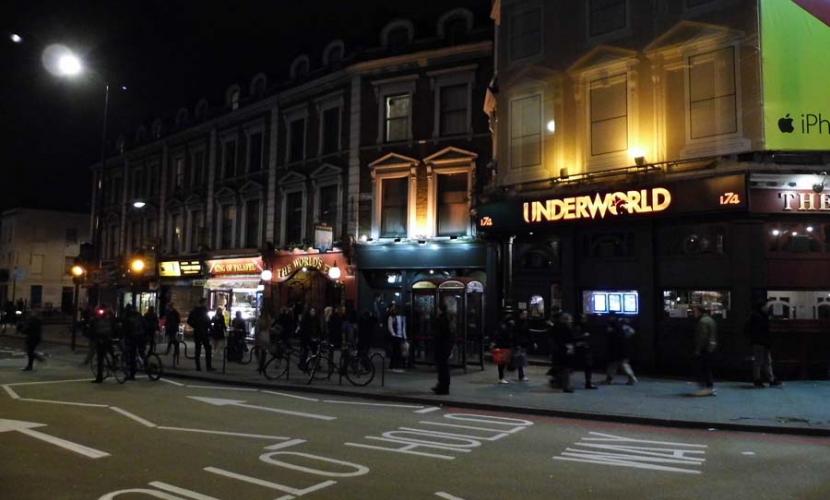 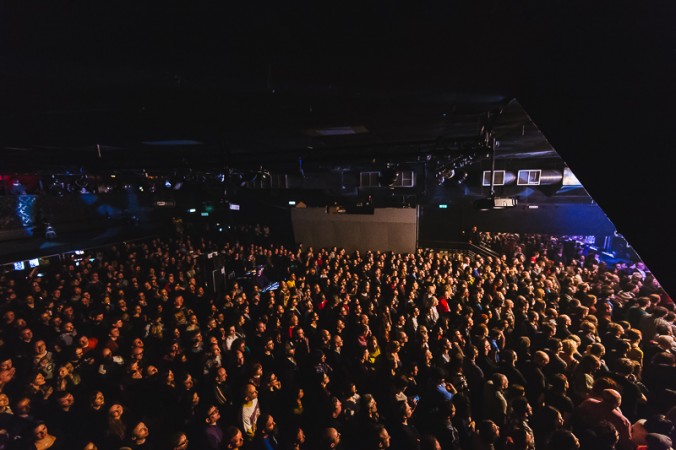 As the embers of rock and punk music burnt out, a new genre was born: BritPop. Combining the anthemic choruses of rock and roll with the anti-establishment mentality of punk, BritPop defined the 1990s. At the forefront of this musical evolution was Oasis who, despite hailing from Manchester, held London very close to their hearts. In addition to hosting one of London’s most prominent markets, Berwick Street, located in Soho, featured on the cover of Oasis’ seminal 1995 album (What’s the Story) Morning Glory? Chosen due to the number of record shops that line the streets, the album helped define the burgeoning genre of BritPop.

The Good Mixer in Camden has welcomed the likes of Oasis, Pulp and Blur in addition to Pete Doherty and Amy Winehouse. According to urban legend, The Good Mixer is the location in which feelings of discontent between Blur and Oasis developed. In Leytonstone, on Fillebrook Road, a plaque commemorates the birthplace of Damon Albarn, the lead singer of Blur. Not too far away, Stepney’s Nightclub is the location in which Pulp and Sadie Frost danced on a 70s dancefloor during the iconic hit Common People. Although Stepney Nightclub is no longer open, plans to demolish what has been described a “cultural icon” have thus far been blocked.

Located in Shoreditch, Hoxton Street provided the backdrop for The Verve’s 1997 hit Bittersweet Symphony. The video depicts Richard Ashcroft lip-syncing while wandering down the bustling Hoxton Street before heading onto Falkirk Street.

What do people really believe in any more apart from sport and music? 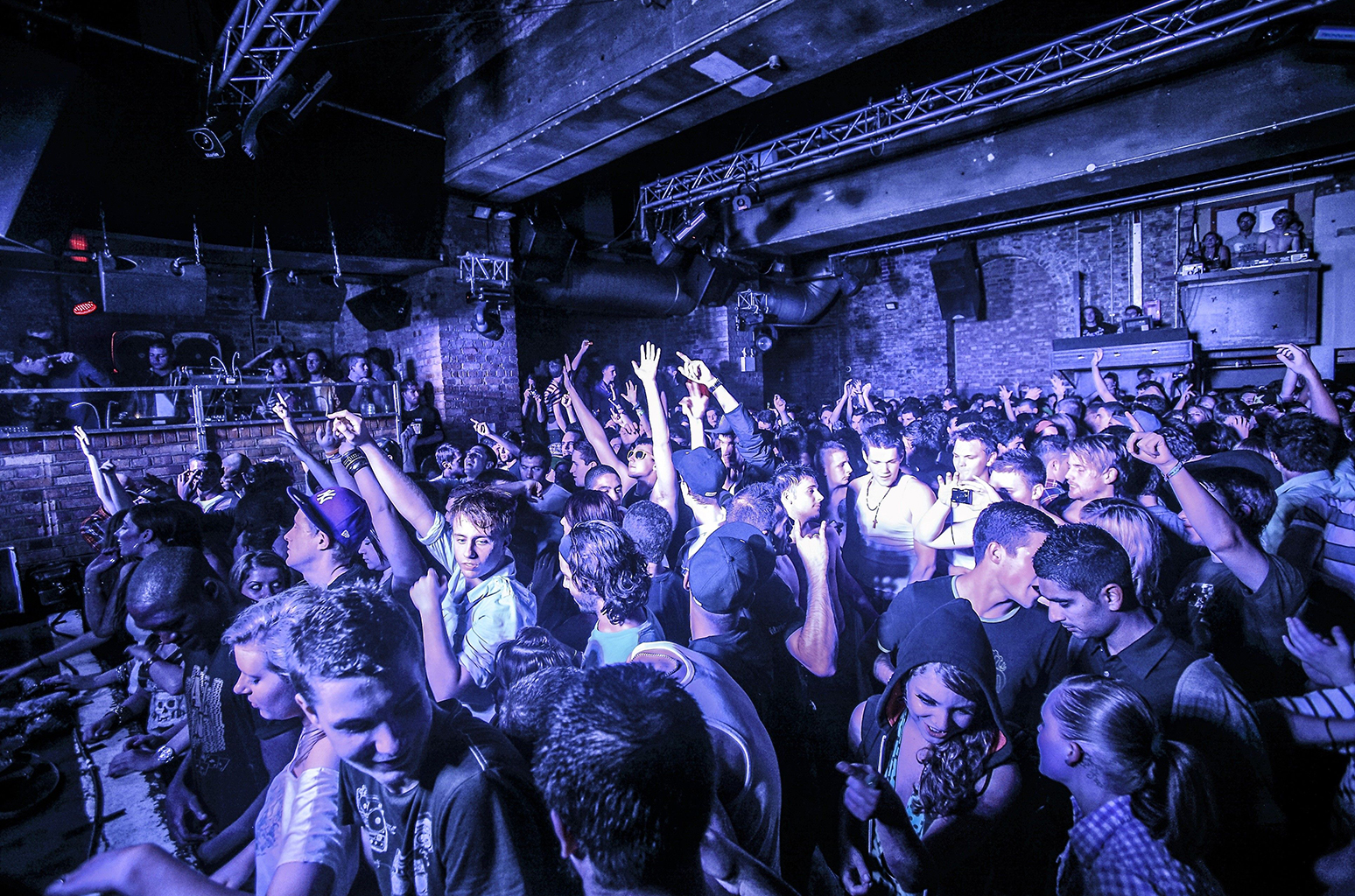 During the height of the economic boom while champagne and cash swilled around Canary Wharf, barely a mile away the quintessential sound of East London’s diverse community was born. Much like the proliferation of hip-hop on the East Coast of the United States, grime music has come to define a disillusioned, poverty stricken youth. Born in E3, grime’s roots are based in Jamaican raga culture, garage, dancehall and rave culture. Rapping is a significant element of the style, and lyrics often revolve around candid depictions of the city that has seemingly deserted them.

The inception of grime coincided with the inexorable rise of pirate radio within deprived areas. Pirate radio was integral to disseminating the sound, with artists such as Dizzee Rascal, Kano, Lethal Bizzle, and Wiley helping the genre gain mainstream recognition. You can find Rinse FM, the first pirate radio station to promote grime artists, at The Old Truman Brewery in Brick Lane, moments away from London’s most famous record store, Rough Trade East. Try Visions Video Bar in Dalston, Oslo in Hackney or look for independent grime festivals such as Born and Bred and Eskimo Dance, founded by the Godfather of grime, Wiley, to experience an authentic grime show.
Geeneus, founder of Rinse FM, explained: “We made our own space because we didn’t play by the rules. We became the biggest pirate radio station in the country. No one else was playing the music that we played.”

While East London is the spiritual home of grime, during the same period South London witnessed the explosion of Dubstep. With a lineage emanating from garage, 2-step, drum and bass, jungle and reggae, Dubstep served as an underground community before it was assimilated into mainstream culture circa mid-2000s.

Generally, Dubstep features sparse, syncopated drum and percussion patterns with sub-bass lines. The iconic Fabric, refuge of intoxicated youth, is perhaps the most ambitious club in London. After fighting potential closure, the rich history of the club, famed for its Dubstep nights, will continue. Fabric’s Hall of Fame includes the likes of Skream, Benga, Plastician and Skrillex.

London has been an articulate muse for generations of musicians and will continue to be so over the coming decades. Regardless of your musical taste, London has something for you. 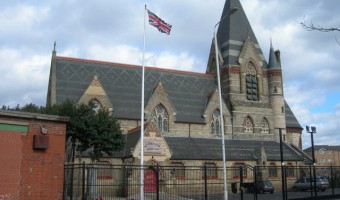 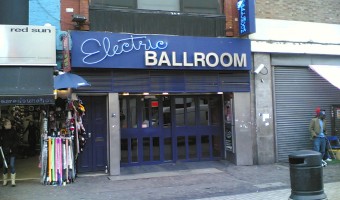 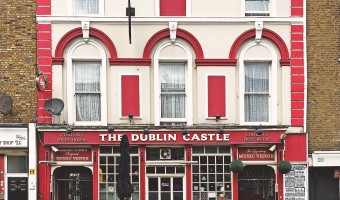 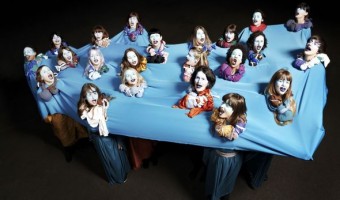 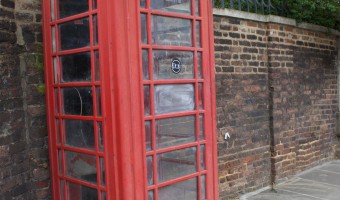 A Day Out In Dalston