The Fairs of Old London

In London as in the rest of the UK and probably Europe a fair/fayre/faire has been a regular event presaging seasonal changes. These events have been celebrated by a gathering of the local communities over the ages. The ancient Britons, the all-conquering Romans and numerous imported civilisations over several millennia have all made their contribution. Ancient London fairs celebrating events from the lengthening days after the winter solstice to the fertile promise of the May Day fairs have always marked the changes of the season and possibly Londoners’ fortunes.

Fairs are unnecessary, are the cause of grievous immorality, and are very injurious to the inhabitants of the towns where they are held

Long before global warming became humanity’s biggest threat to extinction British weather conditions ensured that the River Thames regularly froze over. The ice was thick enough for Londoners to take advantage of this wide-open space in the midst of the city. Locals built stalls and booths in numerous impromptu fairs.

The first recorded ice fair was in 1150 going through to 1814. One contemporary drawing of an ice fair in the 18th century depicts signs for shops and stalls including ‘the Horn tavern Booth,’ the Roast Beef Booth’ and ‘the Duke of York’s Coffee House’. Ice based fairground attractions such as a whirling chair or a car revolving at speed and fastened to a stake in the ice were prevalent. Bear- and bull –baiting and the roasting of whole oxen were also commonplace.

The ice held no class barriers. Elizabeth 1 went walking on an impromptu ice rink and Charles 11 went fox hunting on the frozen river during the great frost of 1685-6. Sadly the same frosts producing this winter wonderland bought with them many hardships. Food and fuel shortages invariably lead to high prices and seasonal unemployment in occupations like ‘ferrying’ and ‘water piloting’. When the ice broke up the thaw caused havoc destroying property, lives and livelihoods.

London’s final frost fair came in 1814 – the proceedings punctuated when “a very fine elephant was led across the Thames a little below Blackfriars Bridge”.

Within Bartholomew Fair itself there was a complete erasure of ordinary social distinctions. This is entirely characteristic of London itself, heterogeneous and instinctively egalitarian.

Perhaps the greatest (and certainly the oldest) of London’s lost fairs was Bartholomew’s fair in West Smithfield. The present day site of Smithfield market has witnessed history making events from the execution of William Wallace to the assassination of Watt Tyler – and this fair definitely has its own place in history. The Anglo-Norman monk Rahere kick-started the first one in 1133 when he started to raise money for St. Bartholomew’s Hospital. For the next four centuries Bartholomew was the primary cloth fair in the country – held for three days from each 24th August. Tradition dictated that the mayor of London should open each event by stopping for a jug of spiced wine ‘en-route’. In 1688 this practice ended in disaster when Mayor Sir John Shorter’s horse bolted and killed him - mid-drink.

By the 17th century the mood of the fair changed as the city’s cloth makers moved out to be replaced by ribald, rowdy and raucous element. It became less of a trade fair evolving into an opportunity for general merriment with the attendant plays, puppet shows, freak shows and exotic animals. Such bad behaviour got increasingly worse and the event became a focus for criminal behaviour of all sorts. The authorities packed the more risqué shows off to ‘liberal’ Islington and by 1849 the fair amounted to little more than a few ‘tame gingerbread stalls’.

When Lord Mayor Musgrove turned up to open the show in 1850 no one turned up at all, the 700-year-old ceremony was subsequently abandoned and Bartholomew’s Fair consigned to history. 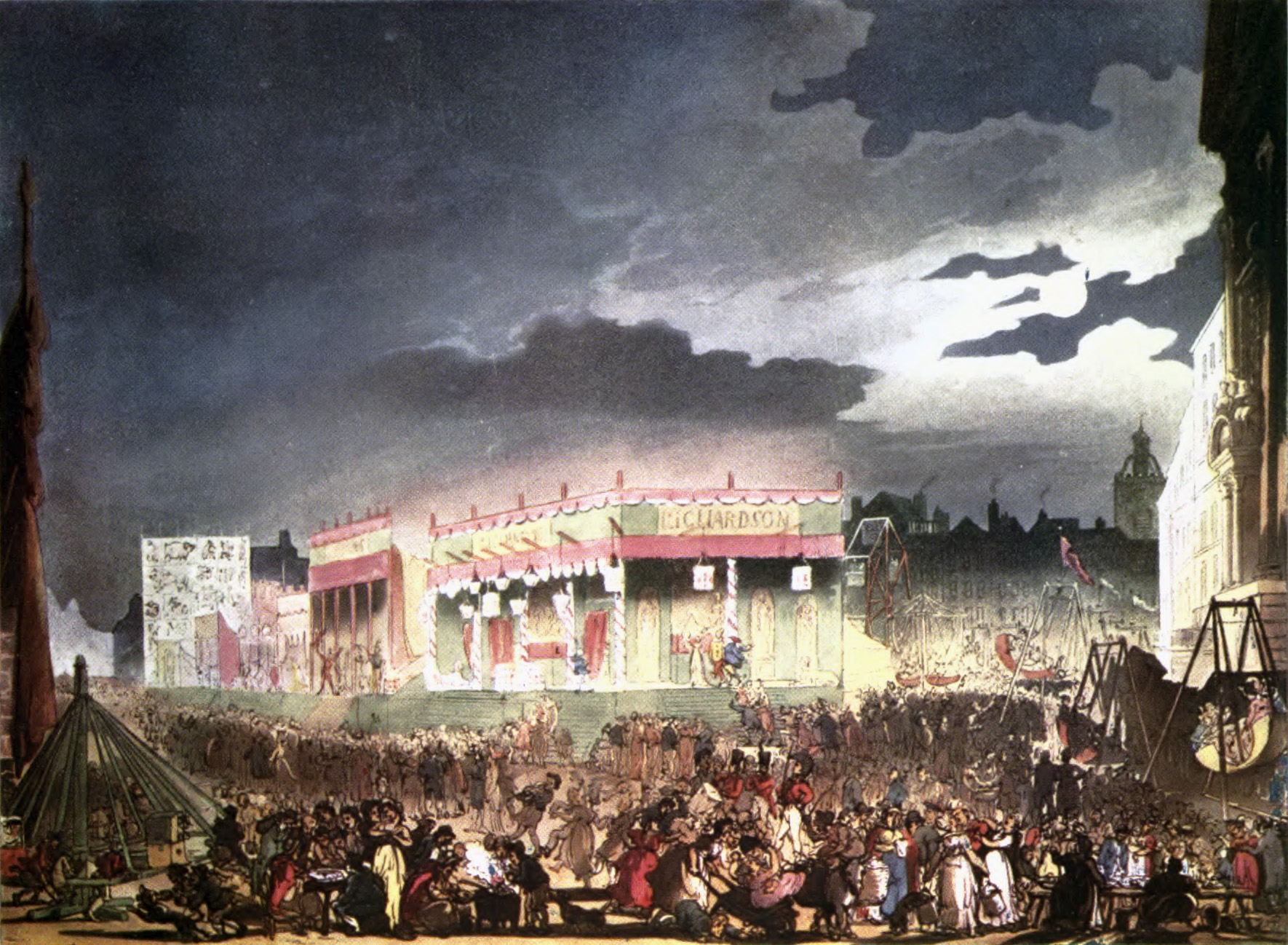 Southwark Fair was originally authorised to run from 7 to 9 September but like most fairs extended its duration and eventually lasted for 14 days. It started as an open-air market but completely changed over the years into a place of attractions, offering Londoners from 1720 a similar multiplicity of distractions to be found at Bartholomew Fair. Mime shows, farces, song and dance shows, conjuring tricks, puppets, acrobats and rope-dancers were all ‘de rigeur’.

Numerous public houses also guaranteed the fair’s success where London’s criminal fraternity could be found in abundance. Sadly, the increasing frequency of rioting and lewd behaviour in the 17th century was mirrored by the declining behavioural standards at this fair. It was eventually closed down like many others because although despite being set up a religious celebration it had descended into an ‘illegal event frequented by a sacrilegious underclass’. Southwark Fair was immortalised by William Hogarth’s engraving of the same name as part of a series depicting the lives of early 18th century Londoners

I saw in Southwark at St. Margaret's Faire, monkies and apes dance and do other feates of activity on ye high rope; they were gallantly clad a la mode, went upright, saluted the company, bowing and pulling off their hatts; they saluted one another with as good a grace as if instructed by a dauncing-master. I also saw an Italian wench daunce and performe all the tricks on ye high rope to admiration; all the Court went to see her 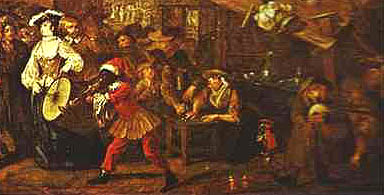 In 1588 Queen Elizabeth 1 granted a charter to the Lord of the Manor of Barnet, Charles Butler and “his heirs and assigns” for the right to hold a weekly market on Mondays and a twice yearly fair which became known as the Barnet Fair. It survives to this day.

The focus of the fair was its livestock, with animals being brought from across the United Kingdom. In 1834, The Times reported that Barnet Fair was England's largest cattle market, with up to 40,000 animals on display. From the eighteenth century, the festivities included horse racing which ceased in 1870 when the railway station was built on the ground in which they had been held.

In present-day London and on the first weekend of September, Irish, English and Roma Travellers and Gypsies come to the historical Barnet Horse Fair - a traditional horse-trading event where the community come to buy and sell horses, as well as providing people with the opportunity to sell their wares and catch up with friends and family. 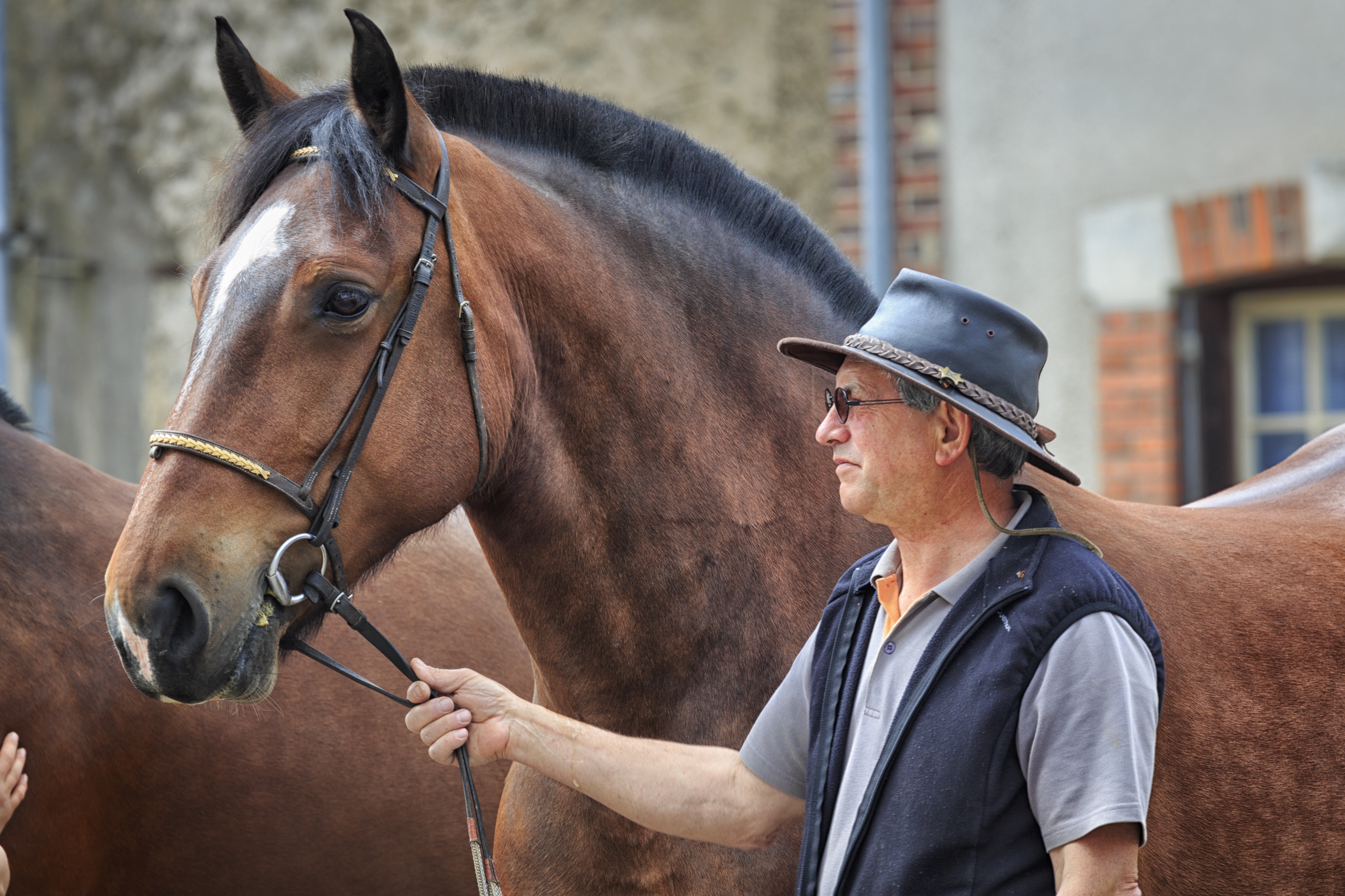 At Horn Fair ….. the mob indeed at times take all kinds of liberties, and the women are especially impudent for that day

This fair was born in Cuckolds Point, Rotherhithe. Legend has the reigning monarch, King John, in the 12th century was caught ‘in flagrante’ with a millers wife. To placate the armed, dangerous and furious miller the King promised him land (with sitting tenants) which became known as Cuckolds Point on condition that he forgave his wife. Possibly to tease their new overlord the local community held a celebration of the event every 18th October with a parade to Charlton village. Fair goers all carried trinkets made of antlers (a symbol for jealously) and blew horns which marked the commencement of various forms of libertine behaviour from drunken flirtations to cross dressing.

The spirit of the fair being completely at odds with Victorian Morality was completely suppressed in 1874 although later emerging as a ‘nice family day out’ in 1970.

So there you have it some bad, some mad and some downright dangerous Lost London fairs. Some even survive to this day but perhaps as a paler imitation as their more wild descendants. If they no longer exist in the 21st century you can still be sure to find their original sites and they are definitely worth a trip just to see if you can still feel the spirit of bygone bad behaviour 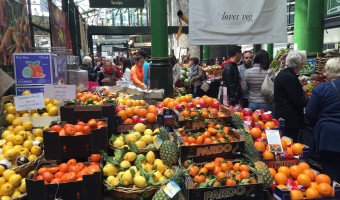 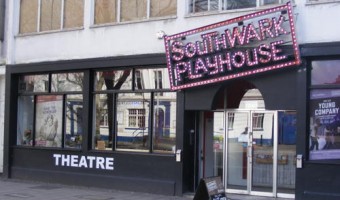 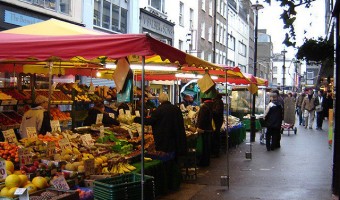 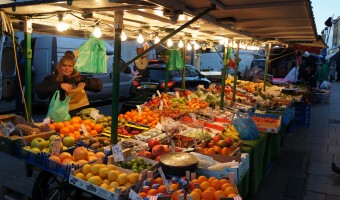 The Lure Of The Market
The Mysterious River Fleet